A recent tax tribunal concerning a potato store, emphasises the complexity involved when claiming tax relief on farm buildings. The farming business spent almost £320,000 in 2015 on a state-of-the-art building to store potatoes. The potatoes were sold to make crisps and could remain in the store for up to nine months until they were required by the manufacturer.

When the expenditure was incurred back in 2015, there was no tax relief for a basic building, but 100% relief was available on all or part that was deemed to be plant and machinery. The business claimed relief on the whole cost on the basis that it was a single integrated piece of equipment, whereas HMRC was only prepared to give relief on the equipment within the building.

Evidence was given to the tribunal of the methods used to cool the potatoes when they entered the store, and then to maintain them at the correct temperature so that they would remain in optimum condition until sold. The capital allowances legislation makes it very difficult to claim the cost of a building or structure as plant and machinery. This is because the expenditure cannot qualify unless it is on a list of 33 items contained in the legislation. The farmer argued that as “silos provided for temporary storage” and “cold stores” are both on the list, that the expenditure qualified as plant and machinery.

Another noteworthy aspect of this case is the time taken to resolve the issue. As stated above, the expenditure was incurred in the accounting period that ended 31 March 2015, and HMRC opened an enquiry into the tax computation in June 2016. However, it was not until July 2021 that the First Tier Tax Tribunal decision was released. For a period of five years, the farming business endured the uncertainty of not knowing their correct tax liability and incurred professional fees to try to resolve the problem. It is cases like this that emphasises the value of taking out professional fee protection which means that the professional fees incurred in a long-running tax enquiry like this are covered.

Get in touch with Keith Johnston for advice on claiming tax relief on farming buildings. 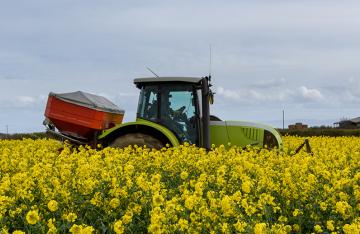