We were already aware that the increase in the National Insurance (NIC) rate of 1.25% (which will become the new Health and Social Levy from April 2023) for both individuals, through their employees’ national insurance contribution and the same increase for employers, had been confirmed by the Government.  It was therefore unlikely that this would change. However, the Chancellor picked up an idea that had been mooted previously; the alignment of NIC and Income Tax thresholds.  He confirmed that from 6th July he will raise the NIC threshold for employees and the self-employed, so that it matches the £12,570 income tax personal allowance, which will help many taxpayers who are currently facing a cost-of-living squeeze. This increase will mean no taxpayer earning below £12,570 will pay either tax or NIC from July.

However, this increase in the individual’s NIC threshold will not apply to the employer’s contribution, which will be applied at 15.05%, from 6th April. This change will cost the Government over £6.5 billion each year, and will apply to over 30 million workers, and is estimated to be worth over £330 a year.

In the current climate fuel costs have been one of the areas that have impacted households as the cost of fuel reaches unprecedented levels. The Government has therefore decided to not just freeze fuel duty, which it has done in the past, but has agreed to cut fuel duty by 5 pence per litre - the biggest cut in fuel duty ever, effective from 6pm tonight. This will clearly help all households but will be particularly welcomed in those more rural areas where the use of cars, vans etc is even more essential.

During his statement the Chancellor explained the difficulties the country is facing but also, using the OBR forecasts, sought to paint a more upbeat picture for the future. This enabled him to pull one surprise out of the hat.  On the assumption that the country continues to meet the current fiscal principles, the Chancellor has committed to providing taxpayers (including pensioner and savers) with a further boost in April 2024, with a cut in income tax from the current rate of 20% to 19%, which the Government states will be a £5 billion pound tax cut benefiting 30 million households. However, those in Scotland are not included in this potential tax cut as Holyrood sets its own taxes, although the Scottish Government will receive the equivalent funding through the Barnett formula, so it will remain to be seen how they may shape the Scottish Income Tax rates.

There was always some expectation that the Chancellor would do something for households as the cost-of-living increases. There had been hints that he may have chosen to delay the increase in the national insurance, but this was unlikely following the previous statements on the measure and how the additional taxes will be used. Therefore, it was perhaps unsurprising that he has chosen to increase the threshold, what was a surprise was the amount of the increase, which was significantly ahead of what was expected was a surprise. The cut to fuel duty will be widely welcomed as will the potential decrease in Income tax rates from April 2024.

For further information regarding personal taxes, efficiencies and allowances please get in touch. 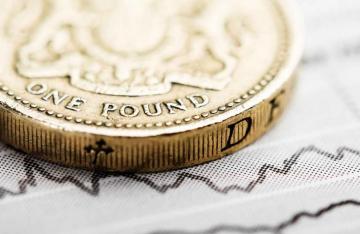 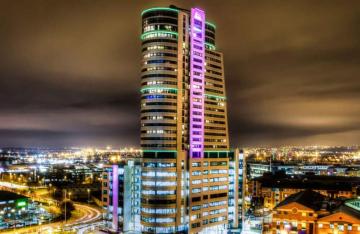