The government originally introduced the IR35 off-payroll working rules in April 2000, with the objective to prevent tax avoidance by ‘disguised employees’. These are people who do the same job in the same manner as an employee but avoid income tax and National Insurance contributions (NICs) by providing services through an intermediary such as a personal service company (PSC).

In 2016, HMRC estimated that only 10% of PSCs were applying the IR35 rules correctly, costing the exchequer £440 million in that year. To improve compliance, the government introduced reforms that shifted responsibility for making status determinations from the worker to the hiring body, which also became liable for any unpaid tax where it had failed to comply. These reforms initially applied to the public sector from April 2017 (affecting around 50,000 PSCs).

The Government’s recent report dated 25 May 2022 highlighted the following problems:

Government departments and agencies owed, or are expected to owe, HMRC £263 million in 2020–21 due to incorrect administration of the rules. In law, under the current IR35 rules HMRC must collect the full taxes that should originally have been paid by the hiring organisation. This means where there has been an incorrect assessment of an individual’s self-employment HMRC collects tax twice on the same income, and that workers are able to reclaim all the taxes they paid previously, without needing to compensate the hiring organisation. Consequently, where this occurs in the public sector, they may end up paying all the tax on workers mistakenly assessed as self-employed. HMRC doesn’t know how much this is happening, or to what extent the public purse is effectively subsidising private contractors. Clearly this is ultimately a cost to the general public.

Workers can challenge decisions with the hiring organisation, but they have no independent route to appeal. The hirer must respond formally to an appeal from a contractor within 45 days. However, if they do not change the status, the worker has no further recourse other than to seek a refund from HMRC by completing their self-assessment return on a self-employed basis.

The complexity of the rules, and the perceived risk to hiring organisations of failing to comply with them, may lead to changes in behaviour by both workers and hirers. This can lead to a loss of jobs and can adversely affect the ability to work flexibly.

Karen Thomson, Armstrong Watson Head of Payroll’s view: One concern within our industry is that there appears to be a number of “pop up” umbrella companies coming to the market and, whilst some may be legitimate there are others that are not and have been exploiting workers who believe they need such services. If you are unsure whether you should or, even need to look at the services of an umbrella company do seek advice first. HMRC has been conducting reviews on these services and has recently shut a number of companies down, so it is important that in addition to making the right decision to use this type of service, you also check the company credentials to make sure it is legitimate.

There continue to be problems with the guidance and Check Employment Status for Tax (CEST) tool that HMRC provided. Some questions within CEST were difficult to interpret correctly, and the guidance was long, too general in scope and not integrated into CEST itself. Ironically HMRC have not produced a cost-benefit analysis of the reforms that reflects the actual costs of compliance to HMRC itself, hiring organisations, workers, and others in the supply chain.

Karen’s view: Quite often cost models used do not reflect modern practices. One of the biggest issues with the CEST tool, which has offered improvements over time, is there are still too many scenarios where a status determination is not provided. This often leaves the business to interpret the complex legislation and should they get it wrong, there is no leniency from HMRC. If you are unsure of how to treat a worker, we urge you to seek professional advice which can then offer you some protection.

HMRC should review how the system is working and whether it can be made more efficient and effective. In particular, it should develop solutions to address problems with how the IR35 rules work in practice, including ensuring that:

HMRC have been asked to provide a progress report within six months. In the meantime, if you have any queries on how to treat a worker, please contact Karen Thomson from our payroll team. Alternatively, if you have a personal service company that is redundant contact Elaine Wilcox from our restructuring team for advice on how to extract funds in the most tax effective way. 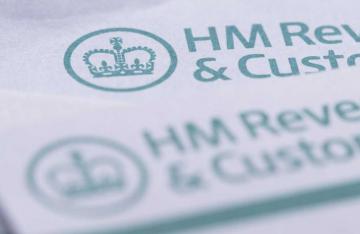 HMRC Powers – are you up to date? 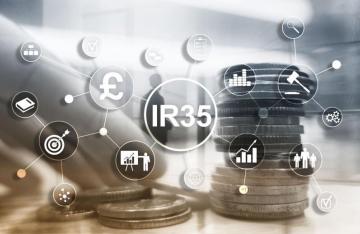 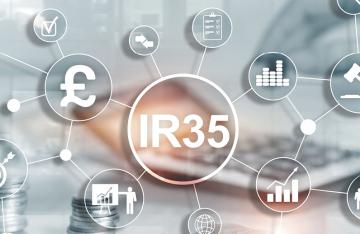