Who gets to choose when you retire?

The government’s recognised retirement age is moving further away from public perceptions of the ideal point to stop work.

State Pension Age to rise to 67

Coincidentally, the research favouring age 60 was published a couple of weeks after the government launched a second review of State Pension Age (SPA). The current SPA for men and women is 66, rising to 67 between 2026 and 2028. The increase to 68 is currently legislated to happen between 2044 and 2046.

However, in 2017 the first independent SPA review proposed that an SPA of 68 should be phased in seven years earlier – between 2037 and 2039. Everyone born after 5 April 1970 would be caught by such a change. While the government accepted the first review’s 2037–39 recommendation, it decided not to revise the existing legislation until after the second SPA review, due no later than May 2023.

Find out more about about state pensions

Plans to increase SPA to 68

It is unclear whether that second review will prompt any change to the implementation date for an SPA of 68:

Whether or not the government continues with the 2037 starting date, the SPA will remain a minimum of six years beyond age 60. If you do not want to wait for your state pension before retiring, then it is essential to plan for your early retirement. The research that highlighted the popularity of 60 also discovered:

When do you want to retire and can you?

If you are 50 or over it is a crucial time when saving for retirement, and there are a number of questions you might want to ask yourself to help you plan better. When do I want to retire? Can I retire early if I want/need? How much income do I need in retirement? What type of retirement do I want to have? Do I have enough in my pension pot to retire comfortably? How much will my state pension be? These are just some of the questions you should ask yourself.

It’s important to make retirement planning a priority if you haven’t done so already. At age 50, retirement is no longer a distant concept and time is short if your plans aren’t on track. Now is the time to think about your retirement income goals and the steps that you need to take to achieve your goals. The sooner you begin, the better. The state pension may not be generous, but if you retire early, it represents about £9,600 of annual income that will need funding until your SPA arrives.

Retirement planning is a continual process

It’s also important to review your retirement planning regularly alongside your other personal finances. A regular review will ensure healthy progression towards retirement by checking that you are firmly on track with your retirement goals. This is the time to adjust your plan to fit any evolving needs and desires for your post-retirement years. We all change as people over time, and our pension pot needs to reflect our most current reality.

Find out more about saving into your pension

As Chartered Financial Planners, Armstrong Watson Financial Planning & Wealth Management, work with you to build your retirement plans and regularly review these so you know if you will remain on track to achieve them. To support this, we can use calculators and cashflow forecasting to allow you to understand your plan more easily to help you make informed decisions.

Please get in touch if you would like to discuss your plans for retirement with a member of our financial planning team. 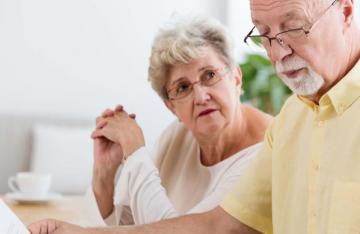 Has Contributing to a Pension become even more important? 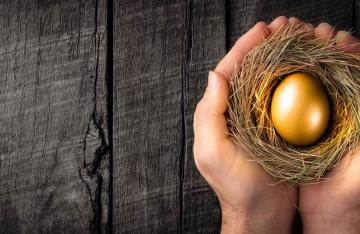 Don't underestimate the value of the State Pension