The Chancellor announced an increase in the personal allowances for both basic and higher rate taxpayers and some changes to the annual exemptions for Capital Gains Tax.  There are also changes to CGT main residence relief which affect individuals who have let properties they have previously lived in. We also saw a tightening of the Entrepreneurs Relief rules, which will have an impact on future disposals of both let properties and businesses, which will mean there are potentially more pitfalls for taxpayers to overcome.

You could sense that there was a little more money around in this years budget given the better news on the deficit and the need to show that austerity really has come to an end, or at least is clearly  heading in that direction.

So as is normal on these occasions the Chancellor left it to the end to announce that the personal allowances will increase to £12,500 and £50,000 for basic and higher rate taxpayer respectively, giving the hard working families he was targeting. This is always welcome but the bottom line is a benefit of only an extra £130 per annum for basic rate taxpayers and £1,520 per annum for those subject to higher rates.  This means that the Chancellor can tick off one manifesto commitment a year earlier than planned.  This is clearly good news across if this tax cut finds its way back into the economy in higher spending.  He has left the rates of tax alone for another year

In relation to Capital Gains Tax CGT he decided to marginally increase the annual exemption by just £300 to £12,000, with the corresponding allowance for trusts increasing to £6,000.  There were no other changes announced to the rates of CGT.

There were also changes to way main residence relief (or principle private residence relief PPR) works, which will see taxpayers, who used to have three years to sell their properties before they started to pay CGT on the sale of their property, cut from the current 18 months to just 9 months, which does feel very tight in the current market conditions here in the North.  If the property is still for sale after this nine month period the PPR relief will stop and a proportion of the gain on your previous family home will become payable.  This will require taxpayers to give careful thought about the timing for selling houses.

Furthermore, the Chancellor announced the abolition of letting relief which could exempt up to £40,000 of any gain if a previous main residence was sold after being let.  He has also reduced (from  18 months to nine months) the “final ownership period” for which a residential property will always be exempt from CGT. n an environment where landlords are being squeezed by other tax changes, such as the loan interest restrictions which are having a major impact on heavily geared landlords, there is now a further restriction on letting relief. This seems inconsistent with the incentives provided elsewhere in the Budget to help stimulate the housing supply. And in regions where the housing market is inherently slower moving, these changes may put vendors at a disadvantage. From April 2020 this extra relief will not be available unless the property is jointly shared i.e. both the owner and tenant share the property.

Finally on Capital Gains Tax, the Chancellor has extended the holding period for Entrepreneurs Relief by doubling this from 12 months to two years.  This will not have a major impact on many long established businesses but may restrict the relief where someone has newly invested in a business within that two year period. He has also added to the tests for this relief requiring those selling their shares to not only dispose of more than 5% but the definition of a personal company is extended requiring a 5% interest in both the distributable profits and the net assets of the company.

It’s clear that the bringing forward of the increases in the personal allowances is good news for many taxpayers as it will give them some extra money one year earlier than previously stated.  It was always planned that he would increase the allowances to this level and he has indicated that the £50,000 higher rate level will remain for the following tax year with no increase.  What will be interesting is to see whether he will push the basic rate even band higher to bring further much needed relief, especially if the economy tightens due to Brexit.

For those with property to sell the shorter timescales for selling a property before a proportion of it becomes chargeable will be a worry and whilst the government points out that nine months is twice what they see as the normal timescales to dispose of a property, in our geographic areas this may be too tight for many.  It could place further pressure on housing stock as owners more carefully consider selling their properties, especially if they fear a tax charge where previously there wasn’t one.  This situation is exacerbated for those that have in  the past relied on lettings relief, which provided an extended exemption.  For those affected these changes may see them sell a property over the next year rather than lose the relief.

On Entrepreneurs Relief, I would doubt that the changes will make much of a difference although those businesses that are looking to bring managers etc into a businesses prior to sale, will need to better plan matters or risk increasing the tax rate. 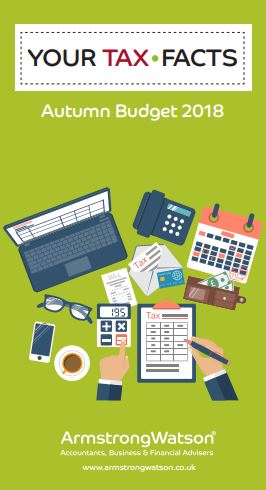