For many, the subject of succession can be a difficult one to approach, but it doesn’t need to be. Essentially it ensures the longevity of a farming business and so it’s an incredibly important issue for families to discuss. Ulverston farmer Will Case and his family developed and split their farming business to create two equally viable businesses. Will recently shared his story on our agriculture series ‘An Audience With…’.

With long-established farming roots the Case family, based at Plumpton Cottage Farm, is keen for its business to continue for many more generations.

Will’s father and his uncle George had a family partnership at Barrow, which they split in 1990. His grandfather farmed at Plumpton and was looking to do less, so Will’s family moved there and took over part of the farm.

In 1996, when Will left school, they took on another part of the farm and continued working together until the late 2000s when his grandfather retired.

“We were mad keen farmers and loved it all. Stock farming is our bread and butter but as time went on we realised we needed to grow the business for three family incomes. At the time we probably got to about 1,200 lambing ewes and 200-300 store cattle. We were busy but it wasn’t necessarily making an income needed to support three households so we had to keep our eyes open about what we were going to do,” said Will.

“It wasn’t always easy for us but it’s just about being honest and looking at it step by step. The main focus for us was getting on the farm and creating a life on the farm. In terms of the business side of things we worked up to it and were made partners in it.

“It’s about finding a role for everybody and when everybody can see their place within a business, even though the financial running of it is taken away from the older generation, they can have more freedom to think about what they’d like to do, as well as pitching in and working in the business.

“You get out what you put in. Dad’s always told us that from the very start. There are no free lunches. If you want something to work and you want to get something good out of anything, you’ve got to put your all into it. It’s a cliché but there’s never a truer word.”

The business has diversified in various ways, both in agricultural terms and none.

One of the first changes was to move into free-range hens, which became the most profitable part of the farm. By 2007 they had some hen houses installed and then set about house building, which is where their succession plan began.

With a bigger farm at Plumpton and a smaller farm at Barrow, the family wanted to develop the properties to make them more equal. This development eventually allowed Will and his brother Simon to move back to live on the farms with their families.

In 2015, they returned to their roots of dairy, an area of farming Simon had a keen interest in. They bought some second-hand robots and set about trading some of their 80 Saler suckler cows for dairy cows.

Will says: “The project set off in 2014 when dairy was flying. In 2015, dairy was in a bad place and I think people thought we’d lost the plot but as it was, we backed our own decision.

“You farm for a long time and if you just chop and change and chase the rainbow, I think you’ll always have a hard time. You’ve got to have direction in life, execute things and see them through and back yourself.”

“It wasn’t just a quick decision to go into dairying when things were cheap, it was something we had been looking at for at least a couple of years. It was a long-term view and between us, we had the faith to keep it going.”

When it comes to succession, Will says his parents have always been in favour of him and Simon splitting their business, but plans were brought forward when Simon was diagnosed with cancer. Thankfully, he’s well and able to work. The brothers each have three children too and have always been mindful of their futures.

“Things for us were brought on a little quicker,” says Will. “It was something that was always in the middle distance, and I think it is for most people, but it brought it to a head with Simon’s health. He wanted his affairs in order.

“It is still an ongoing process. We’re now operating independently but we still work together. We share muck spreaders, slurry tankers and I lambed Simon’s sheep this year. We still talk on the phone as much as ever. It doesn’t have to be a great bit cliff edge chop. There are ways of doing it in a workable manner.”

To find out more about Will’s family’s succession plans, his passion for the red meat industry, how he’s planning to mitigate the loss of the BPS and how he rears his niche Salt Marsh lambs on an SSSI visit https://bit.ly/AAWAudio to catch up on Spotify or watch on YouTube at https://bit.ly/AAWYoutube. 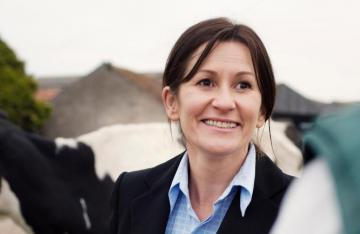 Farming survey highlights focus is needed on planning for the future 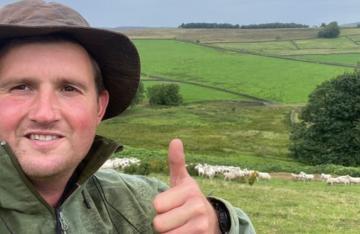 The final date for claims is 14th October 2021. If you require our JRS team to submit your claims please send them to jrs@armstrongwatson.co.uk. For details on the changes to the scheme visit our CJRS page.