Keeping farmers farming is one of the greenest things the Government can do - this was one of the key messages to come from the Northern Farming Conference which returned to Hexham Auction Mart for the first time since 2019.

It was great to be back after Covid called off the event in 2020 and it was particularly well-timed as it coincided with the COP26 climate change talks in Glasgow.

Farmers, politicians and industry experts gathered on November 3 to hear from a line-up of several speakers. They discussed the future of farming and the challenges posed by the Government’s plans for agricultural transition away from EU-based rules and the Basic Payment Scheme, in tandem with the ambitious target to be Net Zero by 2050.

The importance of upholding British food and environmental standards and growing our own food was also top of the agenda.

This year’s impressive speakers highlighted the impact of how changes to support payments are affecting our industry. Some also shared their experiences of greener farming practises and processes they employ on their land.

As agricultural accountants, business and financial advisers we are working very closely with our farming and rural clients to discuss how they can prepare for the support payment changes happening over the next six years. This includes looking at the financial implications and opportunities that sustainable farming and complying with environmental guidelines and targets will produce.

Cumbrian MP Tim Farron told the conference farmers are part of the solution, not the problem, but that they can’t flourish if they are not properly supported by the Government.

He called on the industry to change the debate and make a case for farming; for an ethical approach to trade deals to ensure British farmers, their high food and animal welfare standards were not sacrificed in achieving such deals (but that they were instead influenced and informed by farmers); and for the Environment Land Management (ELM) scheme to be accessible to as many farmers and land managers as possible.

He said phasing out the BPS before the new ELM scheme is in place is already forcing people to leave the industry and that currently the bar for entry to the new scheme was set too high.

“Farmers need to flourish. One of the greenest things the Government can do is to keep farmers farming. If this is a battle for the future of the environment then you need an army - and the army are the farmers,” said Mr Farron.

“Saving the planet is a mission where our farmers are on the frontline. The NFU’s ambition reaching net zero by 2040 is good and it can only be met if the Government supports farmers to make it a reality.”

Farmer Denise Walton shared with the conference how she has transformed her land and farming practices to create a low input farm and increase its natural functions.

Over the years, she and her husband Chris have developed the 20-acre smallholding they took on in 1990 to create a 650-acre farm business with enterprises in beef, sheep, free-range pigs and an on-farm butchery. It now supports two families and 11 full-time equivalent jobs in an environmental and sustainable manner.

It was inspiring and refreshing to hear how Denise and her family had transitioned into a highly sustainable, environmental and organic farming business but were still doing the livestock farming in a commercial manner and one farmers can all relate to. The added advantage of the changes was that going through the transition had meant they were now saving £66,000 per annum on input costs since going down this route so it is a win-win.

There is no doubt that the next few years will be challenging, which is why it’s important for farming businesses to assess their financial positions and plan for the future. It is also worth noting, that whilst changes will need to be made to meet new environmental and sustainability requirements, these could produce extra income and/or cost savings.

Speak to one of our advisers about how you could adapt your business to make the most of the changes to come. 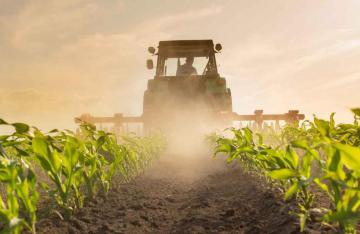 How does the Autumn Budget affect my farming business? 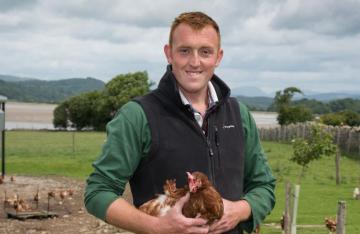 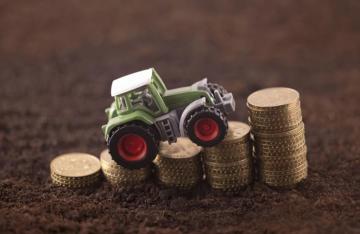