How will political and economic factors impact your farm tax bill?

As we rapidly approach the end of another year, it is customary to assess how a business has performed. This enables action to be taken before the accounting year-end to mitigate the tax bill, so there are no nasty surprises at a later date  - and this year there have been more fluctuations than normal, making predictions particularly difficult.

Selling prices for livestock and milk have remained strong for most of the year so most businesses will show increased turnover. The amount of Basic Payment Scheme due for payment in December will show a decrease of at least 5% as 2021 is the first year of reductions before its abolition by 2027. Details of the replacement schemes have been frustratingly slow to be released, which makes planning for future years even harder.

Meanwhile, farm businesses with a tourism-related diversification will generally have had a good year. This income is taxed separately from farming income, which means it is not possible to take advantage of averaging to spread the tax bill over several years.

Above all, the rise in costs is the biggest worry for all businesses, not just farmers. Fertiliser, fuel and feedstuffs have all seen dramatic increases in recent months. In the case of wages, a reduction in the number of European workers has led to some businesses struggling to fill vacancies and others having to pay increased wages to retain staff. The combination of all these factors will vary between businesses, which will make calculations difficult.

Another consequence of increased input costs is to increase the working capital needed by a business. For example, increased fuel and fertiliser costs will add greatly to the cost of growing a field of winter cereals, which may require extra bank finance until the grain is harvested next year. Early communication with your bank manager is essential to manage these problems.

In some situations, it is not just a case of increased prices, but difficulties in getting supplies at all. This is particularly the case with machinery purchases where it may be difficult to obtain delivery before the end of the accounting year. This could have a big impact on tax planning where a purchase in the current accounting year is being relied on to obtain 100% capital allowances.

HMRC’s published guidance states that capital allowances are not due until an asset is delivered, and in the instance of a purchase on hire purchase, is not due until the asset is brought into use. One welcome announcement in the Autumn Budget was the extension to the Annual Investment Allowance limit, which will now remain at £1 million until at least March 2023. This is the amount that a business can spend on plant and machinery and obtain 100% capital allowances, and was due to reduce to £200,000 from January 2022.

Where a business is having a good year, and there is a possibility of paying 40% tax, an averaging claim may help. An additional way to reduce your tax liability is to consider making pension contributions. For a higher rate taxpayer, the net cost of a £1,000 contribution is only £600.

There were no new announcements on Income Tax rates or thresholds in the Autumn Budget, but it had already been announced that Personal Allowances and the 40% threshold were being frozen until 2025. This is known as “fiscal drag” and results in HMRC collecting more tax revenues without putting up rates of tax. Similarly, it had already been announced that National Insurance rates will all increase by 1.25% in April 2022, as will tax on company dividends, ostensibly to pay for health and social care costs.

It is clear that political and economic factors are having both positive and negative effects on farming profits at present but in order to assess the specific impact on your tax bills, it is essential to have up to date management information.

For support and advice on managing your tax bill please get in touch. 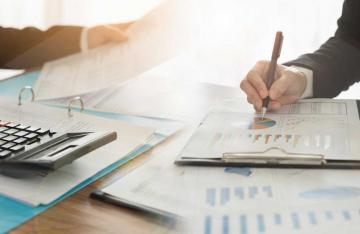 Unincorporated businesses affected by tax reform should start to prepare 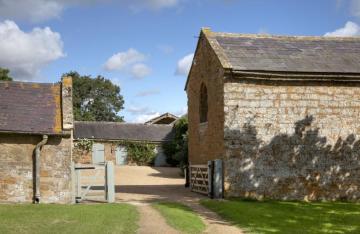 VAT to consider with farm diversification