What is Fiscal Drag?

The Oxford dictionary defines this as “the deflationary effect of a progressive taxation system on a country’s economy. As wages rise, a higher proportion of income tax is paid.”

Fiscal drag happens when tax thresholds do not increase in line with pay. For example, you receive a 3 per cent pay rise, if the tax threshold has not then moved in line with this you could therefore be dragged into a higher tax bracket. Therefore, fiscal drag has the effect of raising government tax revenue without explicitly raising tax rates.

Some of the headlines from the Spring statement last week - or those the Government wanted us to see - were the cut in fuel duty by 5p per litre and the rise in the threshold for paying National Insurance to be increased by £3,000 in July, meaning individuals will now be able to earn £12,570 per annum without paying any income tax or National Insurance Contributions (NIC’s). This brings into alignment the starting thresholds for both income tax and NIC’s for the first time.

The NIC threshold increase, on the face of it, looks a welcome boost for many people, with official Government estimates stating around 70% of payers will pay less NICs, even accounting for the introduction of the additional Health and Social Care Levy the original changes were put in place to support. Which, along with the “carrot” dangled of the Chancellor’s plan to reduce the basic rate of income tax from 20p to 19p in 2024, tries to give the impression that millions of us are going to have more money over the next few years together.

However, we only need to look slightly below the surface of the headlines to understand why “fiscal drag”, is going to have a significant impact on millions of taxpayers, in a number of other ways, unless they take the time to look carefully at various aspects of their financial and tax planning.

In the Spring 2021 Budget the Chancellor, Rishi Sunak, announced that the personal allowance and the higher rate threshold would be frozen until 2025/26. This measure was forecast to raise £1.56 billion in 2022/23, rising to £8.18 billion in 2025/26. The Chancellor then presented the Autumn Budget and Spending Review in October 2021, and although the Budget report did not discuss this tax increase in any detail, the freeze in both the personal allowance and higher rate thresholds was confirmed at this time. The Treasury has since published updated estimates for the Exchequer impact of this income tax increase: it is now already forecast to raise £2.77 billion in 2022/23, rising to £13.04 billion in 2025/26. As a result, some commentators are now referring to the Chancellor as “Mr Freeze”.

All of this relates back to the “fiscal drag” approach Rishi Sunak has tried to create to help generate the increased tax revenues to start to pay back the estimated £500 billion from the global pandemic, without actually having to announce what could be seen as unpopular tax increases.

With the basic Inheritance Tax (IHT) threshold now also frozen at £325,000 until 2026 it’s expected that many more people will be caught out by IHT over the coming years.  As estate values, supported by increased property prices and/or investment returns, continue to rise, we will clearly see more people caught by the IHT net over the coming years.

The LTA, which governs how much can be saved in a pension before tax charges apply, now also remains at its current level of £1.073m until 2025/26. The LTA is a very important pensions consideration. It effectively sets the maximum tax efficient value of all your retirement benefits, assuming you have not already applied for any of the protections that are available. If your accumulated pension benefits exceed the LTA there is a tax charge which is 25% if the excess is drawn as taxable income and 55% if it is received as a lump sum.

How can you reduce the impact of the Fiscal Drag?

One thing is sure, doing nothing means that you are much more likely to pay increased levels of tax than would previously have been the case, whether that is in relation to income tax rates due to the frozen personal allowances, or other taxes, such as IHT or the impacts of the Pension LTA.

However, by engaging with a financial planner, there are still lots of legitimate and, depending on your personal circumstances, appropriate allowances and tax reliefs available to you. For example, by making a pension contribution you can bring your income back down to the lower threshold to avoid paying higher rate income tax. However, deciding to make a pension contribution also then brings the consideration of which company you should make the contribution to and where is the most appropriate place for the funds to be invested in line with your attitude to risk and reward.

Aside from making full use of available allowances and reliefs, there are many other advantages to planning ahead, for example, by using your ISA allowance or making your pension contributions early in a new tax year you could benefit from extra potential growth, as well as receiving an element of your tax relief earlier on your pension and any pension contributions. Of course, there’s also the benefit of spreading your contributions over a tax year instead of in one lump sum at the end, when it might not be affordable to you at that time.

Planning ahead, whether in respect of savings and/or investment allowances, including more specialist areas for higher earners, pension contributions or lifetime allowance planning, or to ensure your estate is distributed to those you want it to go to, rather than leaving more than would otherwise be the case to the tax man, is essentially what good financial planning is all about. This will also help you to reduce, or even remove, the impacts of the “fiscal drag” the Chancellor has deliberately tried to create.

At Armstrong Watson, our quest is to help our clients achieve prosperity, a secure future and peace of mind. We believe that for those people who are considering taking financial advice now may be a good time to do so to help utilise existing allowances and tax reliefs, which are still available, and could help to, depending on your personal circumstances, reduce the impacts of the fiscal drag on your finances. 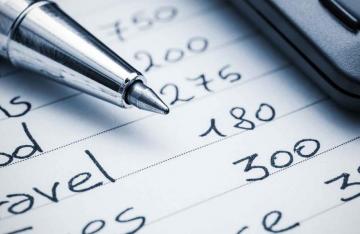 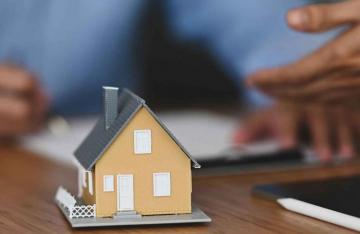 Why inheritance tax (IHT) is an issue for more than just the “wealthy”?