There have been several announcements on changes to National Insurance (NIC’s) rules and rates over the last year or so. It is easy to lose track of these, here we review the changes and how they impact on individuals and businesses.

As well as the changes to National Insurance, there is the new Health and Social Care Levy (HSCL), which as the name suggests is being introduced to provide additional funds for the NHS and social care. This has been set at a rate of 1.25% and will be implemented from 6th April 2023. However, an additional 1.25% is being added to national insurance rates on employment income, self-employed profits, and dividend income from 6th April 2022. The HSCL will only be charged on employment and self-employment income, and national insurance rates will fall by 1.25% in April 2023 to their old rates. The dividend rates will remain at their higher rates, being 8.75% for basic rate taxpayers, 33.75% for higher rate taxpayers, and 39.35% on additional rate taxpayers.

Leading up to the Chancellor’s statement in March 2022, he was under pressure to scrap or defer the National Insurance increases mentioned above, due to the cost of living crisis. Rishi Sunak resisted this pressure, but increased the Employment Allowance available to smaller employees.

The rate of employers’ national insurance contributions payable by businesses, is now 15.05% on wages over £175 per week. The Employment Allowance, which was £4,000 per year is now increased to £5,000, and this amount can be deducted from the amount of employers’ NIC’s payable to HMRC. This provides a useful saving to businesses with a small number of employees.

The Chancellor did make changes to employee’s NIC’s, which will mainly benefit lower- paid employees. The main rate of employee’s NIC is now 13.25%, but the threshold at which this rate is payable is being increased from 6th July from £190 per week to £242 per week. This will result in a saving of £330 per employee.

Similar changes have been made to Class 4 NIC’s payable by self-employed taxpayers. The rate payable in the current tax year is now 10.25% payable on profits over £11,908.

Self-employed taxpayers also pay Class 2 NIC’s, which are payable at a fixed rate of £3.15 per week. The important point with Class 2 NIC is not the amount payable, but rather that the payment results in a qualifying year for State Pension. A person needs 35 qualifying years over their working life to receive a full state pension, and class 2 NIC of £3.15 per week is a cost effective way of achieving this.

A farmer making profits of less than £6,725 can claim exemption from Class 2 NIC, but in most cases it is better to make a voluntary contribution to maintain entitlement to state pension. In the Spring statement, it was announced that self-employed individuals with profits between £6,725 and £11,908 will receive a Class 2 credit, and will not need to make a voluntary payment to maintain their entitlement to state pension.

For advice and support for your farming business please get in touch with Armstrong Watson, Agricultural Accounting Specialists on 0808 144 5575 or email help@armstrongwatson.co.uk 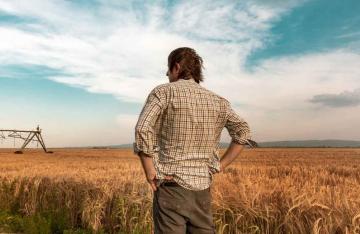 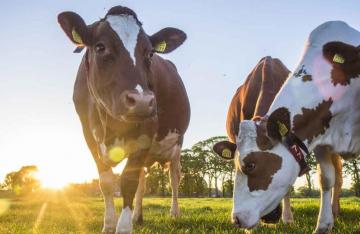 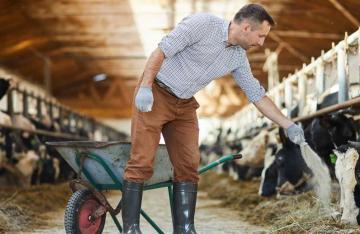