Armstrong Watson provide valuations of law firms for a variety of reasons:

Contact our Legal Sector Partner, Andy Poole, on 07828 857830 or andy.poole@armstrongwatson.co.uk to discuss how we can help you.

Read more about the benefits of appointing Armstrong Watson

A formal report concluding the most appropriate open market value of a law firm.

Who is it for?

Law firms of all sizes and locations.

What are the benefits for your firm?

What do I have to do?

Head of finance to supply information. Pre-agreed partners and staff to be available for the interviews.

What are the deliverables?

Interviews with key people. Presentation of a draft report. Issue of final report.

What is the cost?

£4,100 plus VAT for law firms of up to 100 people. Desktop valuations are also available at a cost of £2,450 plus VAT for firms of up to 100 people. Bespoke costs agreed for larger firms. Payment is required in advance of work commencing. Note: if the valuation is part of a legal dispute other costs may be involved. All services will be provided remotely via video conferencing, however, options are available for face to face if required.

How long will it take?

Armstrong Watson were approached by an individual that had left a law firm that he had established some years previously. The terms of the shareholders’ agreement provided for an independent valuation to be carried out following appointment of an arbitrator by the President of the ICAEW. Our remit was to work on behalf of the individual with his dealings with the arbitrator and the other parties to the dispute.

The other parties were to remain as owners of the practice and had offered a valuation of our client’s shares of almost £nil. Our client expected considerably more and had fallen out with his former colleagues as a result. Legal action had also been taken and each party was being advised by other lawyers. We therefore needed to liaise with the individual’s legal advisers; take care not to interfere with the legal process; or to adversely impact upon it.

We were instructed to carry out a valuation of the law firm for submission to the independent arbitrator. We prepared a fully substantiated valuation report taking into account all of the issues of the firm and the changes in the wider legal market. This was prepared on the same basis as if we were the independent arbitrator. We always take this approach and will only put forward a valuation that we could defend in court if required. We do not artificially inflate valuations as part of a negotiation process.

Our calculations showed a value of the individual’s shares in excess of £100,000. We submitted our report on that basis and responded to the other party’s submission on behalf of our client.

The independent arbitrator’s valuation was in line with our calculations and report and in our view provided a fair valuation for all concerned. More importantly for our client, it was a result that he was delighted with.

What our clients say

Andy and his team were consummate professionals from the outset. Throughout my dealings with them all my enquiries, and those from my legal team, were dealt with very promptly. Following receipt of an initial favourable advice, Andy was instructed to proceed and prepare a detailed valuation for presentation to the appointed expert pursuant to the terms of the Shareholders Agreement. This was a very detailed and meticulous piece of work. It could not fail to impress. The other parties produced a very slip shod valuation by comparison, and then some fanciful counter arguments by way of response to Andy’s report. These were dealt with in very short order in Andy’s supplemental report. When the expert’s fair price valuation of my shareholding came through it was within 4% of Andy’s valuation figure. Quality always shines through and the quality of the work produced by Andy and his team really shone through. Sincere thanks once again to Andy and his team at Armstrong Watson. 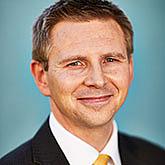