Higher and Additional rate taxpayers – is this still a select club?

The number of people paying higher rate is rising sharply. If that’s you, then independent financial advice could be more important and valuable now than ever.

There was once a time when paying tax at more than the basic rate made you a member of a somewhat select club.

Number of higher rate taxpayers will continue to rise

Alongside the Chancellor’s Spring Statement back in March, the Office for Budget Responsibility (OBR) issued estimates that the freeze in the personal allowance and, outside Scotland, basic rate bands through to 2025/26 will mean by that year almost 19% of taxpayers will be liable for higher rate tax. The number of taxpayers will also be increasing too as the personal allowance will remain at £12,570. The rising taxpayer numbers explain why the Chancellor could announce a 1p cut in basic rate tax for 2024/25, at the same time as the OBR calculated that income tax revenue for the year would increase by £12 billion. Scotland already has a starter rate of 19%.

If your head is spinning from all the numbers, there is a simple message - you are likely to pass more of your income to HMRC in the coming years. In our previous article – How good financial planning can help offset the impact of The Chancellor’s fiscal drag – we explained that any tax threshold freeze has the effect of raising government tax revenue without explicitly raising tax rates.

What can be done to lower tax liability?

One thing is sure, doing nothing means that you are much more likely to pay increased levels of tax than would previously have been the case, whether that is in relation to income tax rates due to the frozen personal allowances, or indeed other taxes, such as Inheritance Tax or the impacts of the Pension Lifetime Allowance as these allowances are also frozen as well.

By engaging with an independent financial planner there are still lots of legitimate and, depending on your personal circumstances, appropriate allowances, and tax reliefs available to you. For example, by making a pension contribution you can bring your income back down to a lower threshold to avoid paying either higher rate, or additional rate, income tax.

However, deciding to make a pension contribution also then brings the consideration of which company you should make the contribution to and where is the most appropriate place for the funds to be invested in line with your attitude to risk and reward.

Use available allowances and plan ahead

Aside from making full use of available allowances and reliefs, there are many other advantages to planning ahead, for example, by using your ISA allowances or making your pension contributions early in a new tax year you could benefit from extra potential growth, as well as receiving an element of your tax relief earlier on your pension and any pension contributions. Of course, there’s also the benefit of spreading your contributions over a tax year instead of in one lump sum at the end, when it might not be affordable to you at that time.

There are also other considerations:

Planning ahead in respect of savings and investment allowances, including more specialist areas for higher earners, pension contributions or lifetime allowance planning, or to ensure your estate is distributed to those you want it to go to, rather than leaving more than would otherwise be the case to the tax man, is essentially what good financial planning is all about. This will also help you to reduce, or even remove, the impacts of the “fiscal drag” the Chancellor has created to help try and significantly increase tax revenues following the global pandemic.

At Armstrong Watson, our quest is to help our clients achieve prosperity, a secure future and peace of mind. We believe that for those people who are considering taking financial advice now may be a good time to do so to help utilise existing allowances and tax reliefs, which are still available and could help to, depending on your personal circumstances, reduce the impacts of frozen personal, and other allowances, on your finances.

For any help and support with your financial planning you can contact Martyn Pottage on 01756 620042 or via email martyn.pottage@armstrongwatson.co.uk for a complimentary initial consultation. 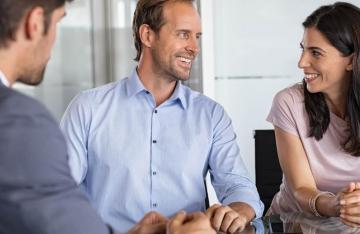 The value of good financial advice

With inflation rising, should you rethink investment returns?